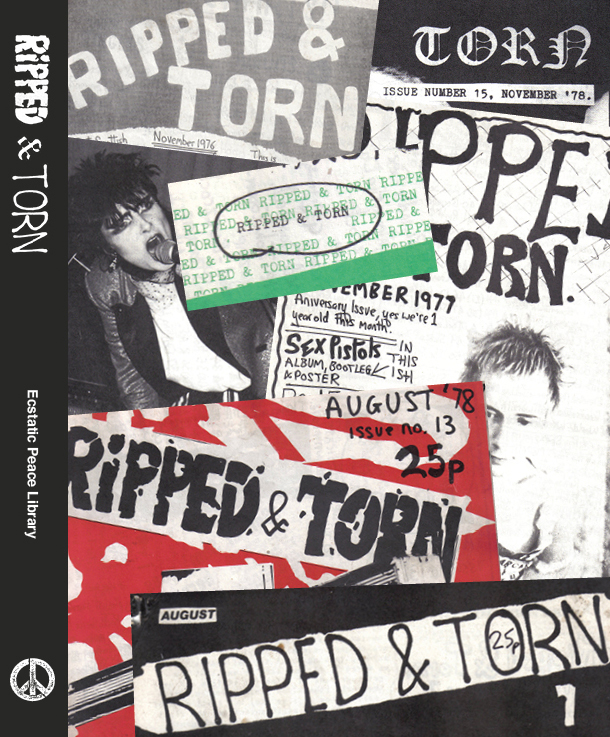 Ripped  &  Torn: The UK’s Loudest Punk Fanzine is an anthology of one of the first punk zines. Tony Drayton began producing Ripped & Torn in Glasgow in 1976 and carried it into the next wave of punk. All of his seventeen issues are reproduced in this bound volume.

“The mystery was: who was buying them?” ponders Ripped & Torn mastermind Tony Drayton about the quickly sold-out first issue of this legendary punk fanzine. If it helps, this writer bought one, from Bruce’s Record Shop in Glasgow in December 1976, along with New Rose by The Damned and, ah, All Aboard by Roogalator (immortalised thusly herein: “to think I paid a £1 for this shit”).

Issues 1-17 of Ripped & Torn, spanning 1976-79 and all completed under Drayton’s stewardship, are faithfully reproduced here, tracing Drayton’s odyssey from Cumbernauld to a squatted pub in West London, and effectively chronicling the morphing punk narrative in real time. It’s a thing of unruly beauty, conveying the excitement, urgency and zealotry of the era. Typed and handwritten copy leaks in several directions at once, opinions are hosed onto every page with gleeful ferocity, and uneven turf wars break out with rival zines (Jamming) and even the NME’s Tony Parsons, whose letter is a “come-and-have-a-go” ur-text.

Commendably, besides a brief interview between Drayton and Thurston Moore (whose imprint is publishing the book), it’s all presented without contextualising or revisionism – a defiant, defining punk stance. Modern scholars might blanche at some of the record reviews, but however much you may disagree with certain assessments, they’re always exhilarating. All Around The World by The Jam is “indescribably repulsive”, Sleeping Gas by The Teardrop Explodes is “more art students playing at being Magazine… fuck off”, Ian Dury is “some old geezer droning on”, and Bowie’s Low merits the observation: “The Man Who Fell To Earth musta landed on his head.”

So who comes out ahead? Among those upon whom fortune smiles are Adam & The Ants, Levi & The Rockats (!) and Generation X, whose debut album warrants “TEN OUT OF TEN EASILY.” A glorious read. 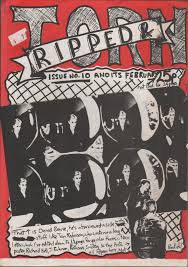 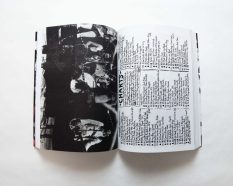 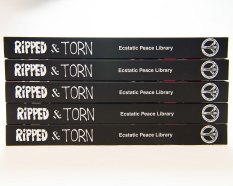